Let me give you an example of why the internet was invented. Sunday evening I baled some hay that was the perfect moisture level. All of my previous research had shown that you should wrap the hay within a few hours of baling. So there I was. After some initial mechanical trouble with the baler, I baled about 8 rolls, but if I was gonna wrap them before dark I needed to stop baling and start wrapping. With the moisture level perfect, I really felt like I need to get as many baled as possible. I pulled out my trusty iPhone 7 (haha) and fired up the google. After a little research, I found a new research paper out of the University of Arkansas. They were testing the very quandary that I was having. How long do we actually have to get hay wrapped after its baled (without losing quality). They wrapped baleage 4 hours after being baled, then 24, 36, and 48 hours later. In summary, they found no discernible difference in nutritional value in the 4 and 24 hour wrapping. To much aerobic respiration had taken place in the 36, and 48 hour groups, decreasing the quality. So, it turns out we have 24 hours to wrap hay. So I got back on the baler and baled until after dark, baling around 35 rolls at the perfect moisture.

Thanks internet, and the University of Arkansas. You helped me today. 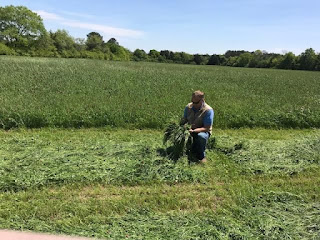 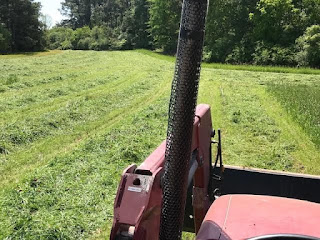 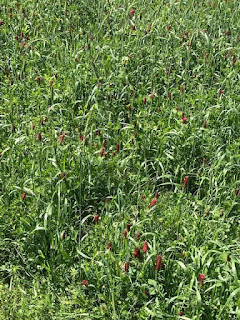 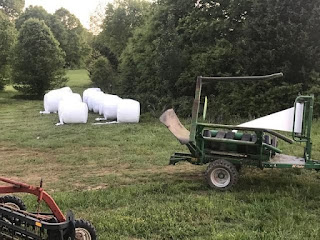 Posted by Carlton Farms at 8:29 AM