Two Weeks Away from the Farm


First, Thanks for allowing me to skip deliveries last Friday. Many of you know that I did so to pick-up my daughter, Jersey (8), from Winshape Camp at Berry College. She was there for two weeks... that was a rough two weeks for us as parents, but she did great.

She made us so proud. She was able to make new friends, learn new skills, and grow closer to God.

At Berry College (my Alma Mater), the Winshape program girls camp now occupies what was once the Normandy Dairy Barns.

The Normandy barns were built in the 1930's and housed the Campus Dairy herd until 2001. I graduated in 1999 and was student-supervisor of the dairy. So I was one of the last classes to Operate a dairy in those majestic barns. It was fun to walk around and tell Jersey where we milked cows, raised calves, tended to sick cows, etc... There were a lot of stories that she probably had limited interest in, but she obliged me by listening.

It's a little sad to see such a beautiful facility move on to a different use when is was such a large part of your life in its previous incarnation. However, if those building were going to be reborn, Winshape was the perfect partner. It is a stunning facility now. Those three hundred girls, and all the others that go through there are fortunate to be able to grow, be challenged, and make new friends in such an amazing environment. Martha Berry would be proud. 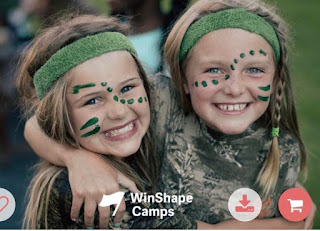 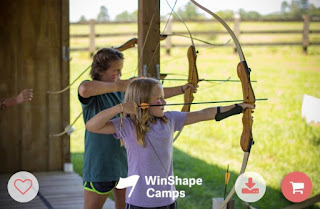 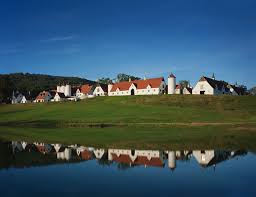 Posted by Carlton Farms at 7:11 AM