I baled the last 50 rolls of 2017 hay yesterday evening, baling well after dark to get finished.  The reason I worked so late on a Sunday? Because rain was predicted to start overnight. I couldn't help but think about last year.

***insert harp music to indicate a memory ***
Oct. 2016 we had already been feeding hay for 2 months. A practice that we usually do not start until Early December. The Hay that we thought would get us through the winter was dwindling quickly before Halloween.  Fall is usually dry, but in 2016 the rain stopped in July. We did end up with a mild winter, especially January. Some rain in Early January and very mild temps allowed the grass to grow a little. We had better grazing in January than we had since June. The break we got in January was enough to give us some hope. By the end of 2016 the cows were starting to get thin, and the hay supply was exhausted.
***harp music - back to current time***
As I was riding around and around on the tractor yesterday, several thoughts kept coming to mind. (btw, the tractor is a great place to think)
-It was Sunday. I don't usual work much on Sunday. We do what needs to be done and try  to rest some.
- I was missing my family. I would have rather been playing with the kids and spending time with Julie.
- Then I thought about last year, and it changed my perspective. I suddenly became thankful that all of our animals were still grazing lush green grass, and had been all summer. I realized that  we will have ample supply of hay, even in the event of a fairly bad winter.
All of a sudden, that rain shower in the forecast made me thankful instead of anxious.
Life moves fast these days, even on the farm. It's tough to find time to reflect, and analyze, and internalize our surroundings. There is great perspective to be had when we do so. For me the tractor seat is a good spot for such thoughts. Where is your spot? 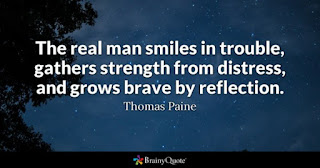